October is traditionally the start of the winter piking season, and a time that I usually change my approach from lures to dead baits.
Over the last couple of seasons I have had plenty of big double figure fish from the Norfolk Broads and the river Thames, but this year I have been spoilt. In just three sessions on the River Thames have had fish of 21lb 13oz and 18lb 8oz with plenty more doubles coming to the yak.
The key thing with pike fishing is location. Every venue fishes differently and there is no quick fix to finding the big fish, it always comes down to the hours put in exploring the water and a little bit of luck. The two venues I regularly fish are completely different.
On the Norfolk Broads the fish seem to be spread evenly through the waterway. If a few of us are fishing, we usually fish 50 -100 meters apart and don’t spend any longer than 45 minutes in any one spot before leapfrogging the others and moving along to the next feature. If there are fish in the swim you usually get a bite very quickly and there is really no way of knowing whether the pike will be 2lb or 22lb until you strike and feel the weight on the end of the line.
The Thames is completely different. The pike follow the bait shoals so you can have miles of perfect looking habitat and swims that seem to hold no fish, but then you find one area and instead of just getting the one bite you can catch ten or more pike from exactly the same spot. This was shown last weekend when myself and Martin knew where there was a hotspot on the river but still spent the morning fishing perfect looking areas for a mile on our way there. Every spot we picked looked perfect but we couldn’t buy a bite, as soon as we approached the 500meter stretch that I knew held fish I hooked an 18lb fish. The rest of the day was spent in that area resulting in several more double figure pike.
I like to use big sea dead baits for my piking, mostly mackerel but everyone has their favourites. On the rivers the presentation doesn’t need to be too perfect. I like to have a loose line to the float but in reality, when these fish are feeding they rarely drop a bait. When fishing on the still waters where the fish come under a lot more pressure I will put a lot more finesse into my rigs as these pike have often seen it all before and become wary of baits especially if they feel resistance when picking them up. For example I’ve had a lot more dropped runs on Llangorse than I have ever had on the rivers.
The key thing with the bites on the rivers is to hit them early. As soon as I see the float moving off I strike. More often than not the fish has taken the bait properly and will be hooked, if it isn’t don’t worry just drop the bait back down and wait. Nine times out of ten the fish will come back and try again. 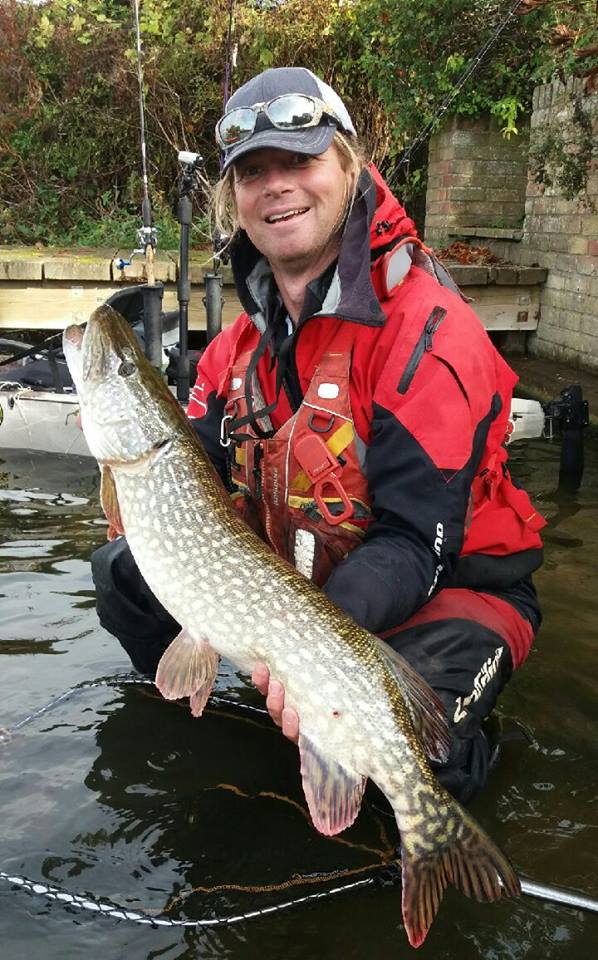 I’ve also become a complete convert to fully barbless hooks, there is nothing worse than having a deep hooked pike with a treble down its throat with barbs on. I’ve never lost a fish on barbless hooks, they are also so much easier to remove from a large pike’s mouth and if the worst should happen and the fish engulfs the treble so that you cann’t recover it the fish has a much greater chance of working them loose and surviving.
It is also worth considering how you are going to handle a large pike on a kayak. Depending on your experience with these fish it is often better and easier to keep the fish in the net and take it to the nearest bank to unhook and photograph. This can be better not only for the fish but for yourself. I find anything over 16lb becomes too large to deal with safely on the yak and the 26lb 9oz fish I had at Llangorse last year would have been impossible to deal with without the assistance of Ian and Alistair. 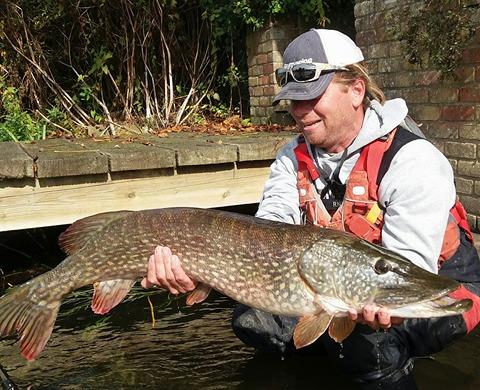 Most rivers, whatever their size will hold a surprisingly large head of pike well in to double figures. One River myself and Martin explored in Suffolk wasn’t wide enough for us to paddle side by side along, but produced over thirty pike to 14lb in a day. Looking at that water you wouldn’t have believed it could sustain such a density of pristine fish but the only way of finding out is to get out on your local venues and give it a try….. you never know where that fish of a lifetime may show up. 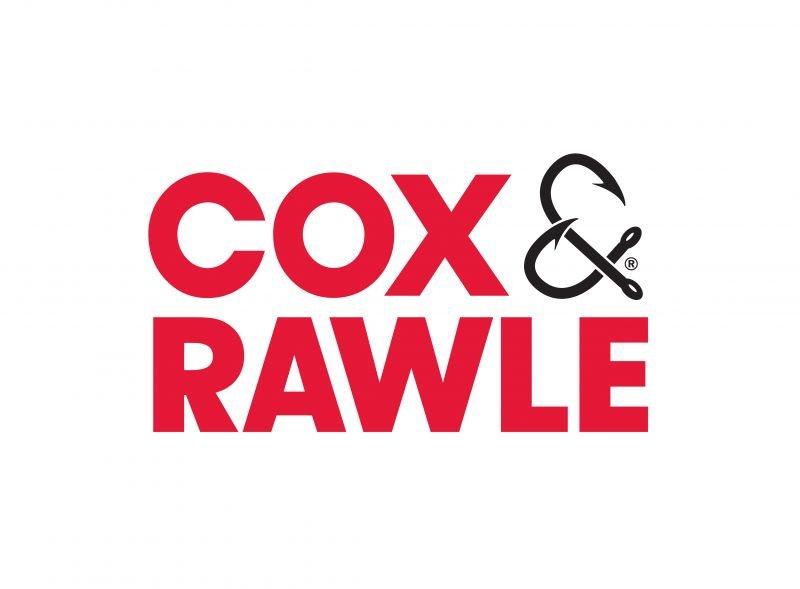 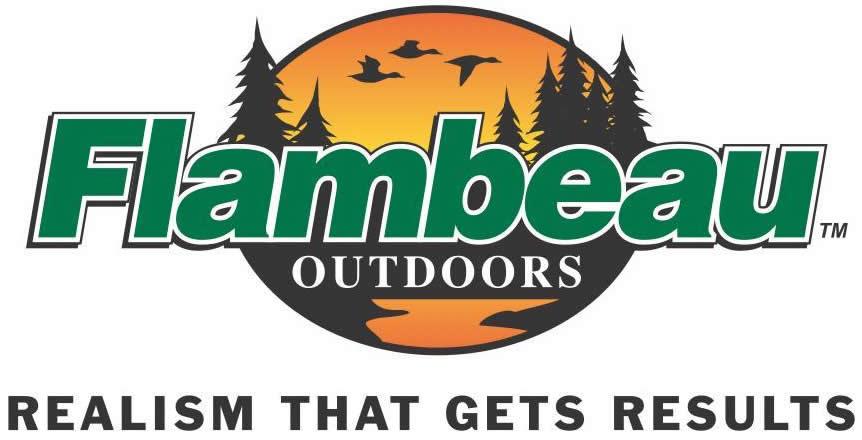 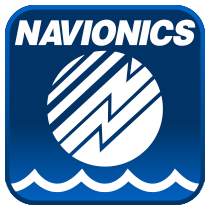 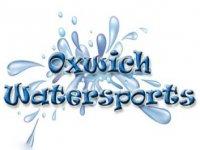